No, that's not a mistake in the title! 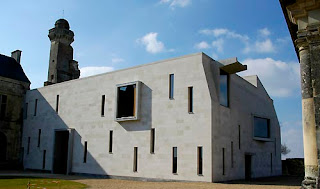 It had a grand re-opening last September.... then closed for further work and re-opened 'properly' on Sunday the 7th of March.

The architect has chosen to go ultra-modern with the design so that it does not become a mere copy of the old building... the materials used are well chosen and the 'neutral' feel of the design doesn't distract from the exhibits.

The improvements over the 'old' museum are immense... for a start there is a real timeline in the two main displays... the geological one is downstairs in the cellars and deals thoroughly with the immediate geology and the fossils that are to be found in the various geological 'levels'. 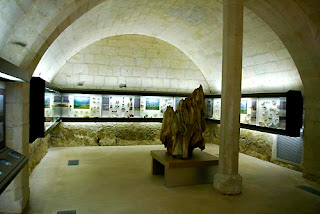 On the old terrace, now closed in as part of the new building, are three ankle-level displays covering The ascent of man, man from scavenger to modern agriculture and a comparison of art now and in prehistory showing the timelessness of the subjects and the way they are portrayed. 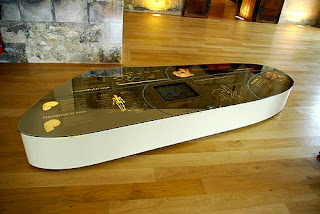 The history of Man timeline, located in the old Renaissance gallery [which also originally housed the prehistory exhibits] has been much improved and runs from the period of Man's origins in the region to the Roman period. 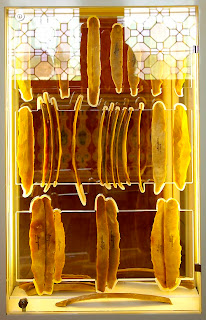 At right angles to the timeline are display cabinets containing examples of tools, weapons and pottery from each period. The original dioramas are still used, but within the timeline.

Returning to the cellars the major flint groups found locally are displayed in the geology section and this leads into a display of the main tool types from the region, followed by a film giving a demonstration of how the 'grand lames' [the very long flint blades] were freed from the core... a superb example of reconstructive archaeology. 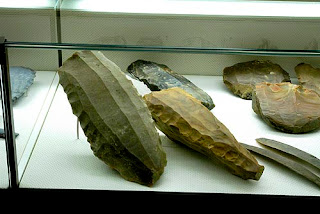 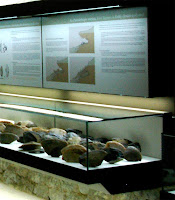